Please note $1.00 per ticket sold goes to the Artist’s Charity of their choice. 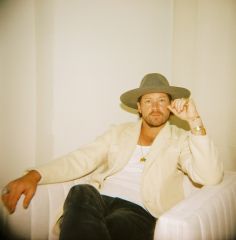