The Wild Feathers and Will Hoge 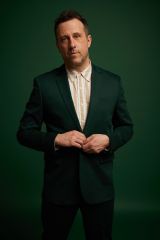 Will Hoge is a mainstay of 21st century rock & roll, carrying the torch for a blue-collar sound rooted in ringing Telecaster guitars and anthemic songwriting. He makes music for roadhouses and rallies, for car stereos and dive-bar jukeboxes, for Saturday night hell-raising and Sunday morning comedowns. In an era of social media influencers looking to fast-track their way to fame, Hoge has proudly taken the long way around, dedicating himself not to the destination, but to the journey itself.

The trek continues with Wings On My Shoes, the twelfth studio album in a career whose milestones include Number One hits, Grammy nods, major-label record deals, and hard-won independence. Written amidst the doom and gloom of a pandemic that brought his touring schedule to a standstill, it’s a record that seeks out silver linings, emphasizing bright moments over looming darkness. For Hoge, Wings On My Shoes also marks a recommitment to the amplified Americana sound that’s earned him a global audience, as well nods from Rolling Stone, Forbes, and NPR.

“I always want to embrace change — to accept new things artistically— but at the end of the day, I can try to run from this idea that I love good, guitar-based rock & roll music, or I can wear that badge of honor,” he says. “I’m in the ‘wearing the badge of honor’ phase now.”

He wears it proudly with songs like “All I Can Take,” a fast ‘n’ furious blast of bar-band bombast that he recorded in a single take. “Dead Man’s Hand” slows the tempo but deepens the groove, with Hoge delivering a Springsteen-sized story of desperation and dirty business dealings. “John Prine’s Cadillac” celebrates life and love with power chords, cymbal crashes, and a nod to Hoge’s songwriting hero, while “It’s Just You” remakes the jubilant jangle of Buddy Holly’s best work into a heartland-rock love song.

Recorded during a week’s worth of live performances at Nashville’s Sound Emporium Studios, Wings On My Shoes spotlights the chemistry shared by Hoge and his group of hard-touring road warriors: guitarist Thom Donovan, drummer Allen Jones, and bassist Christopher Griffiths. Hoge pulls triple-duty as the album’s writer, frontman, and producer, while guest multi-instrumentalist Joshua Grange adds touches of pedal steel and organ throughout. Featuring few overdubs and zero studio trickery, Wings On My Shoes stands tall as a document of a hardscrabble band at work, wearing its rough edges with pride, sweating and stomping its way toward rock & roll redemption.

“There are common things we all love — the Beatles, the Stones, the Mount Rushmore of rock music — but everyone brings their own influences to the table,” Hoge says of Wings’ lineup, whose members previously joined him on Tiny Little Movies and My American Dream. “Allen comes from a punk-rock background. Christopher is a Detroit native with Motown influences. Thom loves Johhny Marr and does great things with guitar effects. As we’re arranging the songs, I’m encouraging these guys to push a little bit and help steer. I don’t want to make a record where I play everything, because that defeats the whole purpose of ensemble playing. I’m trying to incorporate everyone else’s gifts into what we’re doing.”

At its core, though, Wings On My Shoes remains a songwriter’s record. Hoge began writing these 10 songs months into the Covid pandemic, his world rattled by the isolation that came with the world’s shelter-in-place recommendation. “I was a mess,” he remembers. “I didn’t realize how much this touring lifestyle had afforded me a certain level of built-in vulnerability and connection with people. Normally, you get into a van with a group of musicians, and you naturally hang out during the weeks that follow, and there’s a communal aspect. There’s a feeling of being connected. I’d gotten used to that, and without it, I went through something of a nervous breakdown. I needed to recenter myself.”

Hoge revamped his schedule, making time for daily blocks of journaling, exercise, and songwriting. He meditated. He practiced yoga. He read and wrote. “It was regimented and unsexy,” he admits, “but it helped. There was a real focus on songwriting once again. Over the course of eight to nine months, that’s where the music came from, and I got really excited about this new batch of songs.”

Those daily songwriting sessions yielded more than full-throttle rockers. On the acoustic “Whose God Is This,” Hoge explores the middle ground between classic country textures and irreverent Bible School takeaways. “Queenie” finds him strumming a gentle salute to the strong, determined women in his life, while the stunning “The Last One To Go” — a career highlight, laced with gorgeous strings and interwoven acoustic guitars — tackles hard realities about marriage and mortality. Wings On My Shoes makes room for all of it, highlighting the diverse perspectives of a craftsman whose songs turn southern storytelling into universal sentiment.

Years before Americana music received its own category at the Grammy Awards, Will Hoge was on the frontlines, helping to pilot and popularize the genre’s blend of American roots music. With Wings On My Shoes, he distills that sound down to its strongest ingredients, steering himself from roadhouse rock & roll to southern soul, from guitar-driven grease ‘n’ grit to Tennessee twang, from amplified barn-burners to acoustic numbers. For Will Hoge, that’s how you take flight, and Wings On My Shoes finds him flying high. 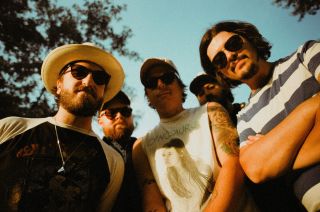 By the end of 2019, The Wild Feathers had enough. They’d been through the wringer of big hopes and major label realities. Instead of becoming a music biz sob story, the band knew they had one option to succeed: blow everything up and do things their way.
And they did.

Ahead of Medium Rarities, an odd-and-ends collection that was released last year, the group went through unreleased tracks and ended up self-producing three new songs in relaxed sessions that were fun and spontaneous. While in the studio, each member agreed that they didn’t need the high life and fancy workspaces in order to succeed. Rather than relying on others, The Wild Feathers kept things in-house, producing themselves, which was a part of the hard-scrabble work ethic that got them their success in the first place.

It brought the Nashville-based group closer. The Wild Feathers decided to keep a tighter ship, not only with input on their career but sonically as well.

What could have ended things, liberated them.

They figured out new ways to chart out and work on songs in a fuller, efficient manner. Armed with newfound confidence and a brand new attentive team surrounding them, the quintet were ready to dive in headfirst. The new approach’s success is confirmed on Alvarado, The Wild Feathers’ latest album that’s perhaps the strongest work in the band’s catalog to date.

The positive vibes and energy of this time can be heard on the album’s title track. “Alvarado” is a song the band has had in their back pocket for almost a decade. While they were going through some of the recordings that would comprise Medium Rarities, they rediscovered the eight-year-old uptempo rocker and couldn’t let it fade into the dustbin of lost songs. It also set the overall vibe and tone for what was to come.

In December of 2020, the group hunkered down in a small cabin northwest of Nashville to chip away at a bunch of new songs they worked on during the pandemic. Using the confidence gained from self-producing the new songs found on Medium Rarities, they spent a week together hammering out material. For the first time without a fancy studio, the band were confident and calm during the process, which cohesively allowed the sound to be exactly what they felt like instead of having to answer otherwise. Knocking out 14 songs in just four days, they bonded over barbecues and beers and there was a warmness that hadn’t been present since their early days. It is reflected in the laid-back nature of the songs on Alvarado.

The collaboration and intricate layering of instrumentation, as well as the lyrical matter, on Alvarado showcases The Wild Feathers’ growth as songwriters and burgeoning producers. Without pressure and the newfound confidence to write and produce their own material, The Wild Feathers have done what’s usually a difficult task for a band at this stage of their career: evolve and produce some of their best work to date.

If they’ve learned nothing else from their odyssey, no obstacle will stop The Wild Feathers from getting to where they want to go.