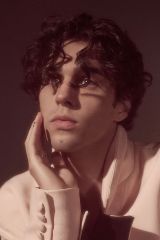 Stephen Sanchez is an 18-year-old singer-songwriter from Northern California. Stephen has been writing songs for the last few years from his bedroom. He recently posted a video singing his original song, “Lady by the Sea,” on TikTok. After getting 2 million views and 480,000 likes on the video, he got a record deal from Republic Records. Stephen recently moved to Nashville, where he is currently recording his debut EP. 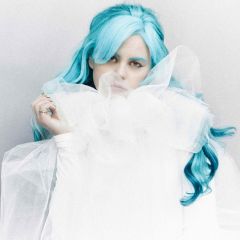 Introducing herself to the world with a rarely-seen example of complete, raw honesty, the visual for Kings Elliot’s debut single ‘I’m Getting Tired Of Me’ acts as an emotional punch in the gut. A stark piece of candid black and white footage, captured as the half-British, half-Swiss singer had a crippling panic attack whilst shooting what she had intended to be the ‘proper’ video for the track, it’s an uncomfortable image that belies the sweet sounds that surrounded it.

In truth, however, it’s a duality that sits at the heart of everything she creates. On one hand, Kings Elliot is a wildly ambitious artist, who strives to create unique soundscapes for her confessional songs; on the other, she’s a young woman who has had to learn to embrace her struggles, who — having been diagnosed with Borderline Personality Disorder — has fought internal demons her entire life in order to get to this point, and for whom music is not only a want but a need.

“Every song I write is about my internal struggles, because I have a very difficult relationship with myself,” she explains. “I’ve never been able to navigate my way through my emotional world. It’s something that’s consumed me and held me back throughout my life, so my songs mostly revolve around that and its effects on my relationships and the world around me.”

If tenacity and perseverance are things Kings Elliot has had to embrace more than most, then the songs that make up debut EP ‘Chaos In My Court’ — released track-by-track since that debut last year — are testament to the importance of both strength and vulnerability.