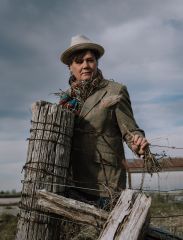 Ron Sexsmith is one of Canada’s most accomplished singer-songwriters. He has collaborated with the likes of Daniel Lanois, Mitchell Froom, Ane Brun, Tchad Blake, and Bob Rock. His songwriting appears on albums from Rod Stewart, Michael Bublé, k.d. lang, Emmylou Harris and Feist. His inimitable work has drawn praise from the likes of Paul McCartney, Elvis Costello and Chris Martin to name just a few. He has been awarded 3 Juno Awards, having been nominated 15 times including eight nods for Songwriter of the Year. 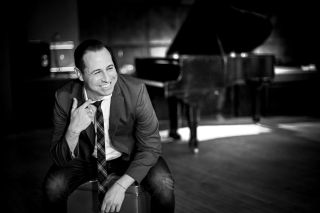 Avi Wisnia is an award-winning singer/songwriter, finding inspiration in 1950’s west-coast jazz, acoustic American folk, Brazilian bossa nova, and contemporary piano pop. Avi’s clever lyrics give a knowing nod to his contemporaries, while his smooth vocals and deft piano skills assure you that this is truly something new. Based in Philadelphia, he tours in support of his newest studio album, “Catching Leaves,” performing in prestigious venues around the world – from the Hammerstein Ballroom in NYC to The Kennedy Center in DC to concert tours in Japan, Poland, and Brazil. His single “Sky Blue Sky” was recorded via satellite between Philadelphia and Brazil, winning recognition from the Philadelphia Songwriters Project and Mid-Atlantic Song Contest. In addition to being a performing songwriter, he has given a TED Talk and performed with The Moth storytellers, and he also organizes the Philly Songwriters Circle collective. “Avi Wisnia represents the best of the singer-songwriter genre: great voice, great songs, exciting stage presence. He plays piano like he was born to it.” – The Minstrel Acoustic Folk Project