Multitudes asks five musicians and three poets to share their individual reflections of the artwork, presenting new narratives in American art history by spotlighting stories about women artists, LGBTQIA+ artists, and artists of color. The result is a highly personal and powerful illumination of what it means to be an American and an American artist today.

*Please Note* ILL DOOTS will not be appearing live at this event; their performance will be streamed 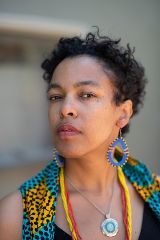 Raina J. León, PhD is Black, Afro-Boricua, and from Philadelphia (Lenni Lenape ancestral lands). She is a mother, daughter, sister, madrina, comadre, partner, poet, writer, and teacher educator. She believes in collective action and community work, the profound power of holding space for the telling of our stories, and the liberatory practice of humanizing education. She seeks out communities of care and craft and is a member of the Carolina African American Writers Collective, Cave Canem, CantoMundo, Macondo. She is the author of black god mother this body, Canticle of Idols, Boogeyman Dawn, sombra : (dis)locate, and the chapbooks, profeta without refuge and Areyto to Atabey: Essays on the Mother(ing) Self. She publishes across forms in visual art, poetry, nonfiction, fiction, and scholarly work. She has received fellowships and residencies with the Obsidian Foundation, Community of Writers, Montana Artists Refuge, Macdowell, Kimmel Harding Nelson Center for the Arts, Vermont Studio Center, the Tyrone Guthrie Center in Annamaghkerrig, Ireland and Ragdale, among others. She is a founding editor of The Acentos Review, an online quarterly, international journal devoted to the promotion and publication of Latinx arts. She educates our present and future agitators/educators as a full professor of education at Saint Mary’s College of California, only the third Black person (all Black women) and the first Afro-Latina to achieve that rank there. She is additionally a digital archivist, emerging visual artist, writing coach, and curriculum developer. 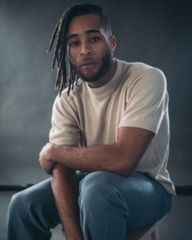 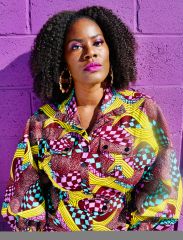 Jaylene Clark Owens is an AUDELCO and Barrymore award-winning actress, as well as a highly acclaimed spoken word poet, from Harlem, NY. She is the author of AfroPoetic, her debut collection of poetry, now available on the Shop page. She received her BFA from Ithaca College, where she founded, and led, the spoken word organization, Spit That!. Jaylene is a part of The Wilma Theater’s resident acting company, HotHouse, in Philadelphia, PA. She has been seen in numerous productions in Philadelphia including WHITE (Theatre Horizon), Red Speedo (Theatre Exile), and her Barrymore award-winning performance in An Octoroon (The Wilma Theater). As a part of the Barrymore Awards, she is the 2019 winner of the illustrious F. Otto Haas Award for an Emerging Philadelphia Artist. She is the Executive Director of Harlem KW Project, LLC, a theatrical company she created with three other women to create the spoken word infused play, Renaissance in the Belly of a Killer Whale. In 2012 she won first place in the Apollo Theater Amateur Night contest for her poem, “SoHa.” She is an alum of the theatre-in-verse #BARS Workshop at the Public Theater, led by Rafael Casal and Daveed Diggs. In addition to performing spoken word, she is also a teaching artist. She has taught several poetry writing workshops with students ranging from second grade to adults. Jaylene co-hosts an Arts and Culture podcast called, “#PoppaPank,” with fellow actor, Justin Jain. You can watch live episodes of #PoppaPank on Facebook or YouTube, or listen to it on Apple Music, Stitcher, or wherever you get your podcasts. 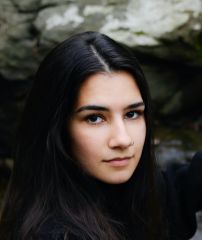 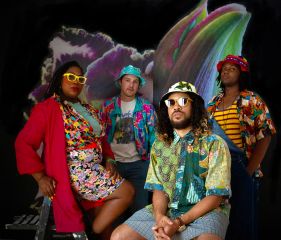 ILL DOOTS has always and will forever be a body of change. Since their inception at University of the Arts in 2009, this musical collective of individuals has each brought their own lifetime of artistic influences and experiences into the fold to contribute to the group’s timeless and genre-defying music.  Hailing from all over the United States but unified under the undeniable grit and soul of Philadelphia, the band currently consists of four members: US – Emcee, Elle.Morris – Vocals, Scott Ziegler – Bass, & Jordan McCree – Drums.  From energy shifting live performances to commissioned theater works and educational workshops, 3 studio albums and countless mixtapes– to deny ILL DOOTS’ output, advocacy, and relevance to the culture would be a disservice to the community that helped make it possible. Every member strives to embody the acronym behind the whole brand: ILL= I Love Living & I Love Learning.