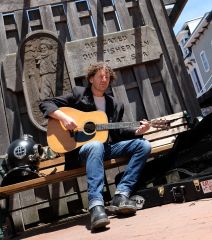 With influences ranging from Tom Waits to Planxty, John’s songwriting honors and expands upon the musical and lyrical traditions of his native and adopted homes. Critics have called his writing “powerful, deeply moving work that will stay with you long after you have heard it” (Michael Tearson-Sing Out); Both as a solo/acoustic act, and a full 6-piece band, John logs in over 150 shows per year, building a loyal and devoted following. John spent 2017/18 recording and releasing an album of folk songs and Dublin Street Songs with his father John Sr. Released under the name John J.Byrne and the Twangmen, the album has been included in the National Folk Music Archives in Ireland. 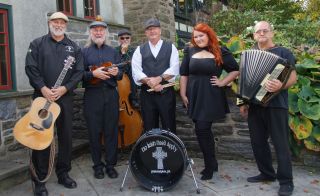 The band’s title and many song selections reflect the hardships of the early Irish immigrants, as they came to the United States seeking employment, equality and even prosperity, only to have their hopes and dreams crushed by hateful employers insisting, “No Irish Need Apply”.