Built on Bones
Fans will hear music from each artist individually and the trio will come together to perform songs from Robinson’s latest release with Oh Boy Records, Built on Bones, a collection of six original songs for the Witches of Shakespeare’s Macbeth. The recordings feature Emily Scott Robinson, Alisa Amador and Lizzy Ross (of duo Violet Bell) as the three witches singing through the tragedy of Macbeth in three-part harmony. 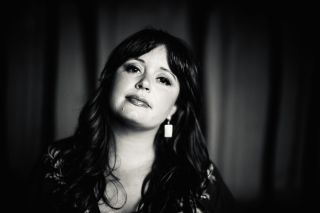 Colorado songwriter Emily Scott Robinson beckons to those who are lost, lonely, or learning the hard way with American Siren, her first album for Oh Boy Records. With hints of bluegrass, country, and folk, the eloquent collection shares her gift for storytelling through her pristine soprano and the perspective of her unconventional path into music. American Siren landed her on multiple 2021 “best-of” lists – including NPR, Rolling Stone, Sterogum, and more. Robinson’s follow up, Built on Bones (October 2022 via Oh Boy Records), is a collection of six original songs for the Witches of Shakespeare’s Macbeth. Originally commissioned as a live piece for theater by director Colin Sullivan, it features Emily Scott Robinson (writer/composer), Alisa Amador (NPR Tiny Desk Contest Winner 2022) and Lizzy Ross (of duo Violet Bell) as the three witches singing through the tragedy of Macbeth in three-part harmony. 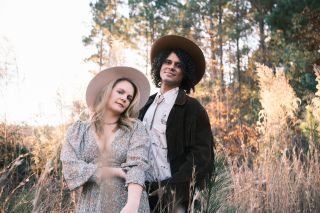 “Americana duo Violet Bell‘s new album, Shapeshifter – out October 7 – tells a story of the mythological selkie, a mermaid-like creature from Celtic folklore that embodies a form that’s half woman, half seal. In their retelling and reshaping of this ancient folk narrative, they tease out its connections to the transatlantic journey of American roots music, to the cultural and social melting pot of the “New World,” and to agency, intention, and self-possession.

A concept album of sorts, the music is remarkably approachable and down-to-earth, while the stories and threads of the record tell equally ordinary and cosmic tales. At such a time in American history, with fascism once again on the rise and attacks on bodily autonomy and personal agency occurring with greater frequency at every level of governance, Shapeshifter offers a seemingly timeless lens through which to engage with, understand, and challenge the overarching social and political turmoil we all face on the daily. Moreover, it’s an excellent folk record, demonstrating Violet Bell’s connections to North Carolina, Appalachia, and the greater communities that birthed so many of the genre aesthetics evident in the album’s songs.

Shapeshifter is a gorgeous exercise in community building, an artful subversion of societal norms, and a stunning folktale packaged in accessible, resonant music with a local heartbeat and a global appeal.” 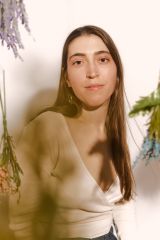 The winner of the 2022 NPR Tiny Desk Contest, Alisa Amador’s music is a synthesis of the many styles she’s voraciously absorbed: rock, jazz, funk and alternative folk, all wrapped in the spirit of the Latin music she grew up with. NPR’s Cyrena Touros calls her “a pitch-perfect rendition of my wildest dreams,” and NPR’s Bob Boilen calls Alisa “a powerful voice whose tender performance commands attention and fosters connection.” Alisa has opened for such artists as Lake Street Dive, Madison Cunningham, Watchhouse, and countless others. Alisa’s soulful singing, poetically incisive lyrics, and syncopated rhythms are likely to make you cry, laugh, and dance all within one set. Alisa released her debut EP, Narratives, in 2021.