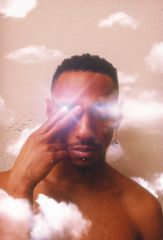 Everybody’s favorite cousin on their daddy’s side?!
With a sound that has been coined as “Gangster Musical Theatre” by Qveen Herby, Durand Bernarr is one-part Little Richard, one-part Rick James, plus a heavy dash of powerhouse vocals & witty lyrical storytelling. The result is uniquely Durand – your favorite singer’s favorite singer!

Durand has had the opportunity to sit under, collaborate, & learn from some of music’s leading legends and contributors such as Earth, Wind & Fire, The Internet, Anderson. Paak, Teedra Moses, Adam Blackstone, Tweet, comedian Rickey Smiley & Erykah Badu.

In 2016, Durand released his first EP, Sound Check, prompting Billboard to name him an “artist to know” and Lena Waithe to call Durand one of her favorite singers. In 2020, Durand made huge waves with his self-titled album DUR&, which debuted at the #1 spot on the Apple Music R&B charts. Featuring collaborations with the likes of Ari Lennox, KAYTRANADA, & Anna Wise. His follow-up album is slated for a May 2022 release. 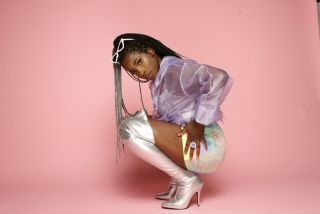 Shaking up pop, R&B, and hip-hop with a sharp sense of humor (and sharper mic skills), flaunting an otherworldly outsized fashion sense (like Grace Jones gone Candyland), and blessing each phase of her art with a teacup (of origins she will not disclose), TeaMarrr imagined a world of her own—and actually went one step further to bring it into existence. Since emerging in 2017,the Boston-born and Los Angeles-based Haitian-American songstress backed up every word through consistent independent output, leaping from an underground phenomenon to the flagship artist on Issa Rae’s Raedio in partnership with Atlantic Records. Acclaimed by everyone from Flaunt and NPR to Ones To Watch and Consequence of Sound and streamed upwards of 4 million times as of 2019, she turned personal promises into a wild, weird, and wonderful trip…