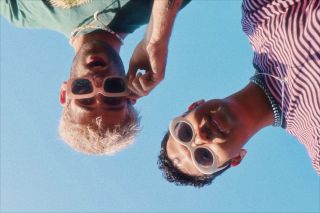 Dom & Jesse are a new, Philadelphia based, Pop Duo who have been creating a buzz for themselves. No matter what the season is, the feeling they are bound to invoke in their audience is SUMMER ALL YEAR. Pop music is their vehicle, and a good time is always their destination. With Dom & Jesse, fun and summer vibes is a definite guarantee! Catch them LIVE with their band, at The Lounge at Word Cafe Live, Friday Feb 17, supported by Peter Wise Band, DJ La Musa, and more… 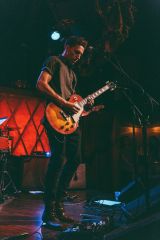 Peter Wise is a singer, songwriter, producer, and multi-instrumentalist based out of Brooklyn, New York.

His sound marries introspective lyricism with bluesy guitar lines, laid back rhythms, anthemic hooks, and soulful vocals. It is both familiar and distinct, combining his love for the early seventies, southern California folk /rock sounds of Joni Mitchell and The Eagles, with the funk and soul grooves of Earth Wind & Fire and D’angelo, with the pop/rock stylings of John Mayer and Coldplay, creating a style uniquely his own. His music has been featured in such notable press outlets as Rolling Stone, Wonderland Magazine, Earmilk and American Songwriter Magazine, and has garnered hundreds of thousands of streams on digital streaming platforms.

Wise grew up playing classical guitar and piano, before finding a love for classic rock music in middle school. In high school, Wise focused specifically on jazz music and the guitar. However, his love of singing and songwriting always persisted. Upon moving to New York City as a college student, he decided to pursue a career as a singer/songwriter. Mentored by award winning songwriter Phil Galdston (Save The Best For Last) and the late Glenn Frey of The Eagles, Wise began making a name for himself in New York City as a live performer, songwriter, producer, and recording artist.

After touring all over the country in 2019, Wise spent 2020 self-producing a six song EP, Too Blind To Hear, with lead singles Fruits and Towering Over Me receiving love from press outlets and Spotify playlists all over the world. Wise continued in 2021 with two singles, Window Dressing and Neutral, both accompanied by music videos. These received fantastic worldwide response, including features in Rolling Stone, Metal Magazine, and Wonderland Magazine, as well as his first television appearance on More Fox 5, Las Vegas and first radio appearance on Idobi Radio’s The Brett Davern Show.

Wise now returns with his next single Let Me Be Clear, a breathtakingly poignant and honest song about the end of a relationship – making peace with a person and an experience by saying all the things you wish you said while in the relationship in order to move forward. Written while stuck quarantining over the holidays this past year, Wise spent the past few months self-producing and mixing the track, perfectly showcasing his vivid lyrically imagery, impressive soulful vocals, and dexterous guitar chops. Let Me Be Clear is the first release from a batch of new music coming this summer and fall. Wise has spent 2022 touring around the country, with tour stops in the east coast and midwest, while planning to hit the west coast and the UK later this year. Stay tuned!